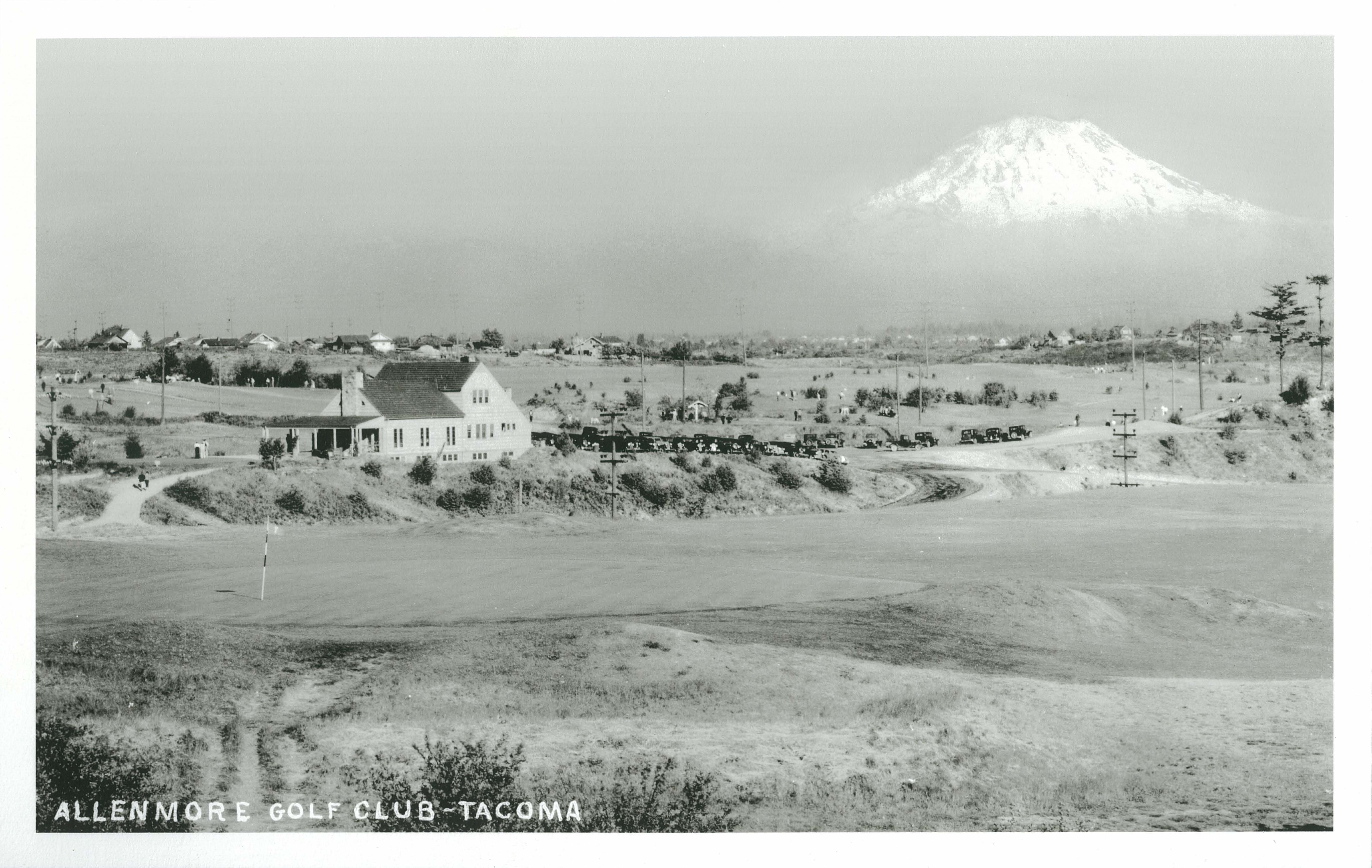 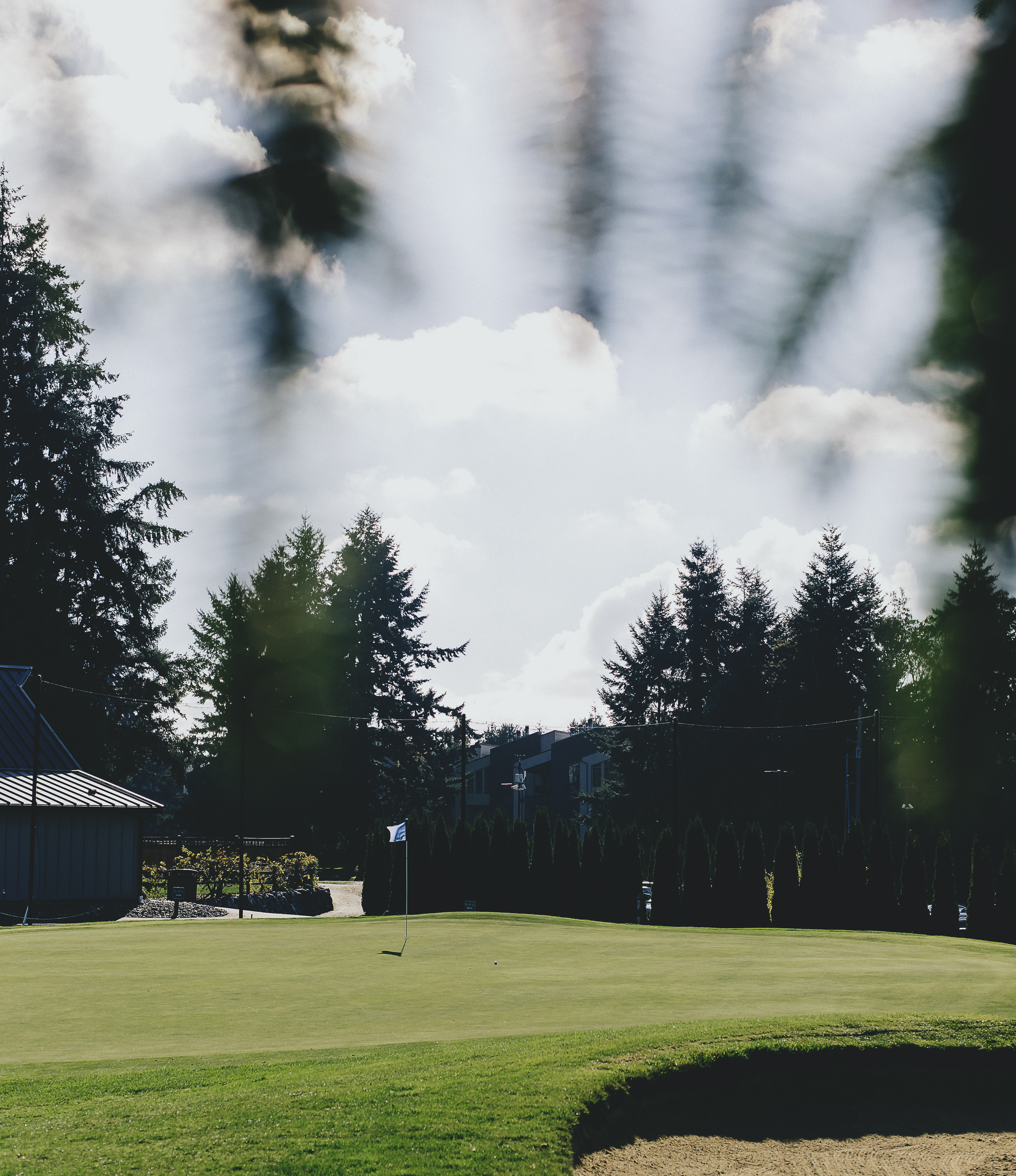 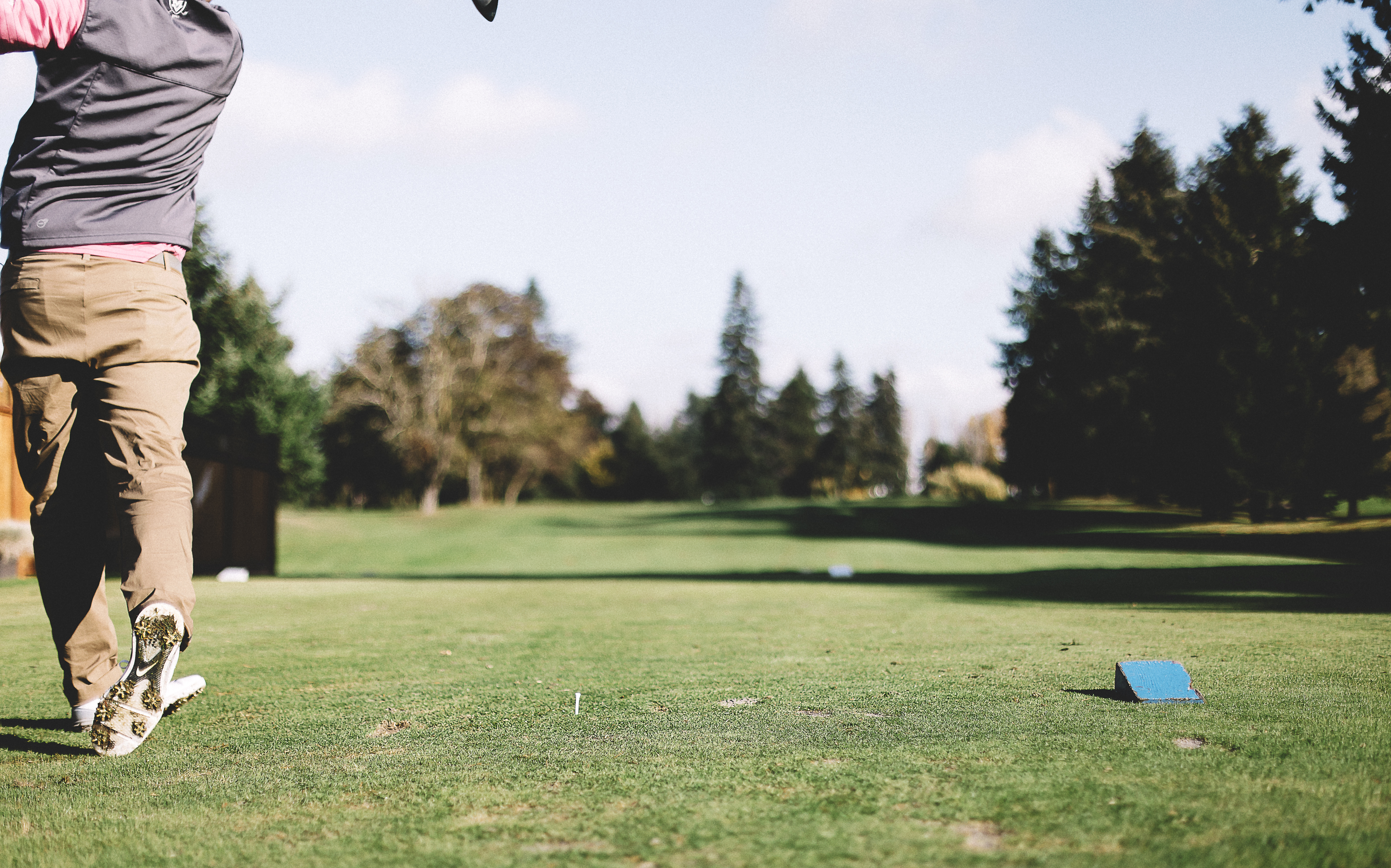 Back in 1930 two far-sighted, golf minded businessmen, with the assistance of a few others, formed a corporation and decided to build a golf course. Sam Allen had a choice piece of property at S. 19th & Cedar St. containing 206 acres. The old Center St. Trolley line passed directly through the land, but that proved no obstacle in constructing one of the most beautiful public courses in the NW. Sam’s partner in the venture was William J. Dinsmore, retired oil distributor from Aberdeen. Combining the two partners’ names proved to be the ideal solution to finding a name for the course. After a few years the corporation was dissolved and Sam Allen took over on his own. Construction was started on July 12th 1930, with Ray Ball acting as the golf architect. Ball has been a very well-known golf professional in the PNW. During the clearing away period two and a half carloads of dynamite were used to remove over 2000 stumps. Installing a hose less watering system was a farsighted gesture on the part of the builders. At the time Allenmore was one of the few courses that watered from tee to green without the use of hoses.

Speaking of water, they were lucky to find water right on the course. A pumping system capable of putting out 18,000 gallons of water an hour and a reservoir with a capacity of 3,000,000 gallons were installed and constructed to the right of the 15th fairway. The watering system has twelve miles of pipes ranging from one to eight inches. Thousands of trees were planted on the then barren hills and dales. Over the years they have grown considerably, enhancing the beauty of the course. The price of the seed was over $6000 in 1930, so you can imagine what it would cost at today’s prices. On August 14th 1931, the course was opened for play. The first official foursome to tee off contained Tacoma’s Mayor Melvin G. Tennant, Rev. C. Oscar Johnson, Ray Roberts’s president of Tacoma Country & Golf Club and Dr. Wilmot Read president of Fircrest Golf Club. Since both professional and amateur golfers have toured Allenmore’s well-groomed fairways and carpet like greens. In 1955, Allenmore became a 27-hole course. The new nine holes became the first nine of the 18 – hole course, leaving the original first nine, located across the road from the clubhouse, as an auxiliary nine-hole course. The following year the course was sold to the Tacoma Elks’ Club who still own and operate the course under the Elks’ Allenmore Corp. Golfers in and around the Tacoma area understandably are proud of the excellent golf course for its natural beauty and easy playability. Situated only two miles from downtown Tacoma, it is the most accessible course in the area. 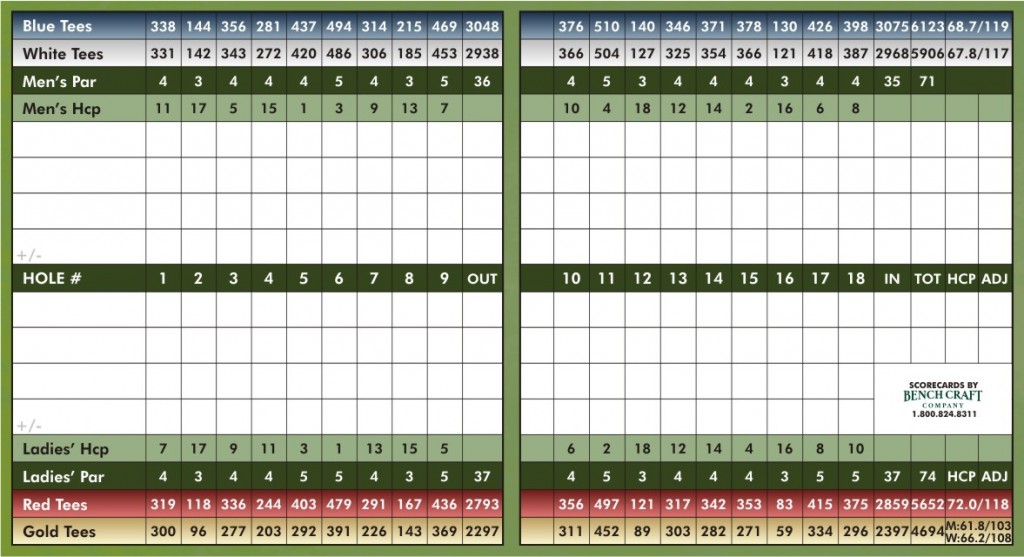